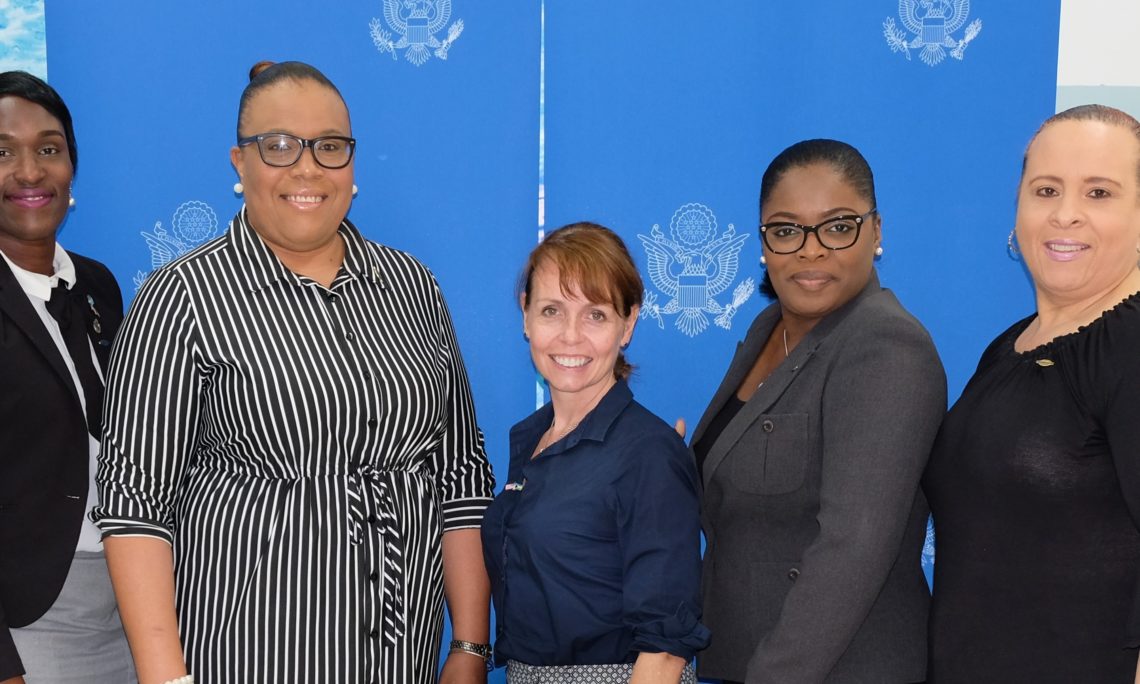 The participants included a veteran broadcast journalist Nathalee Martinborough who serves as the Deputy News Director at the Broadcasting Corporation of The Bahamas Northern Service. Also participating, Rayette McDonald-Spence, CEO of Esteem Productions and BrennaeMae Cooper founder of Vessels of Purpose Elite both leaders who empower and educate women and girls. Lakeisha Anderson the Director of Parks at the Bahamas National Trust (BNT) in Freeport also took part in the exchange. During the meeting, all women discussed how the exchange impacted their lives and how they are incorporating those experiences into their respective careers.

Each of the women participated spent three weeks in the United States on separate programs that covered number of areas including civic engagement, the protection and management of national parks, new trends in broadcast media and NGO management. They each visited several U.S. cities, including Washington, DC. The IVLP, which is fully funded by the U.S. Department of State, is a prestigious worldwide program that provides rising professionals in all fields the opportunity to travel to the United States to network with their professional counterparts and to learn more about the United States and its policies.