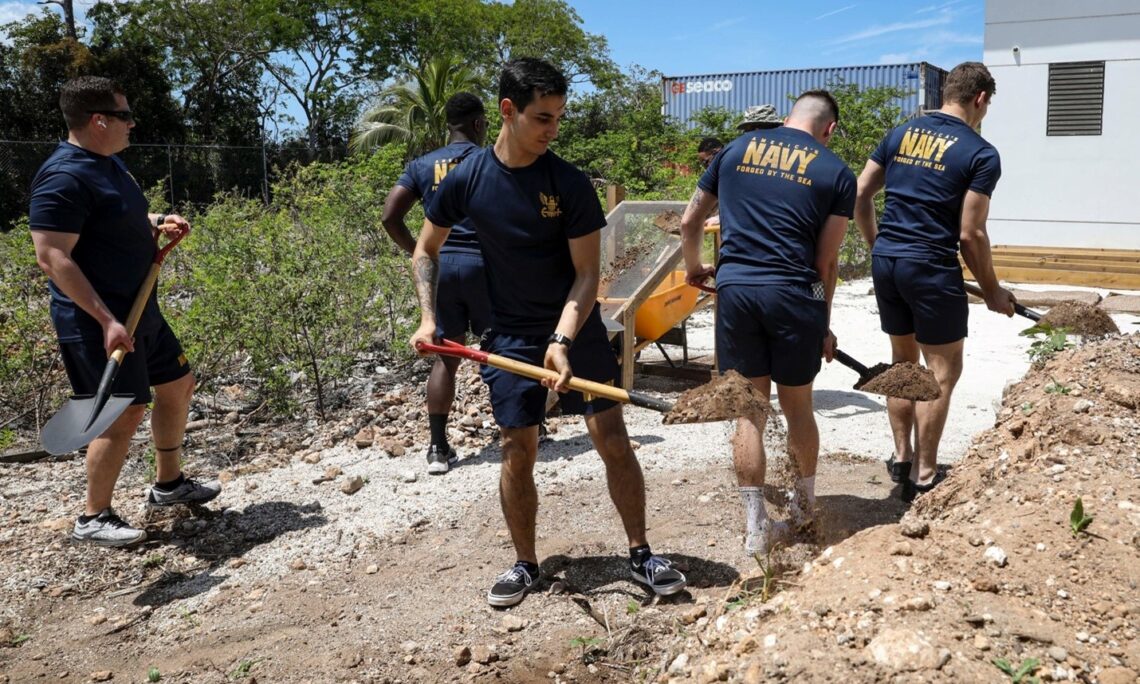 The Arleigh Burke-class guided-missile destroyer USS Porter visited the port of Nassau, The Bahamas, April 3-7, with a crew of 338 officers. The ship’s arrival marked the first time a U.S. Navy vessel has visited The Bahamas since the COVID-19 pandemic began.

“This port visit is a wonderful illustration of our partnership,” Pitts said during the reception. “We have to remember that some country will patrol the ocean, will make a show of force, and will hold other countries accountable for their behavior. I thank God it is the U.S. doing it.”

This port visit provided an opportunity to strengthen an important bilateral partnership between maritime neighbors, which is essential to regional stability. Port visits by U.S. Navy ships also boost commercial activity and stimulate the local economy during their stay, as sailors spend time on shore leave. Several sailors also volunteered at The Bahamas Red Cross center to help their Community Resilience and Food Security Pilot Program. It was the sailors’ first engagement upon leaving the ship, where they worked on raised garden beds and planted vegetable seeds that will support a feeding program serving over 125 Bahamians daily.

“As a Forward Deployed Naval Forces-Europe ship, it is an incredible opportunity for Porter crew to cross the Atlantic and enjoy the beautiful Bahamas,” said Cmdr. Christopher Petro, Porter’s commanding officer. “After completing demanding maritime operations, training and certifications, the crew and I are eagerly looking forward to experiencing warm Bahamian hospitality and enjoying the beautiful beaches, culture and local sights of The Bahamas.”

Minister of National Security the Hon. Wayne Munroe attended the reception and offered remarks to the crew and guests.

USS Porter is one of four destroyers based in Rota, Spain, and assigned to support NATO’s Integrated Air and Missile Defense architecture. Completed in 1996, USS Porter has used its unique capabilities to protect global security for over 25 years. After the Syrian regime used illegal chemical weapons on civilians in the town of Khan Shaykhun in 2017, Porter launched Tomahawk missiles at the Shayrat Airbase in Homs. And in 2007, after receiving a distress call from a tanker under attack by pirates, Porter sank two pirate skiffs pillaging commercial ships off the coast of Somalia.