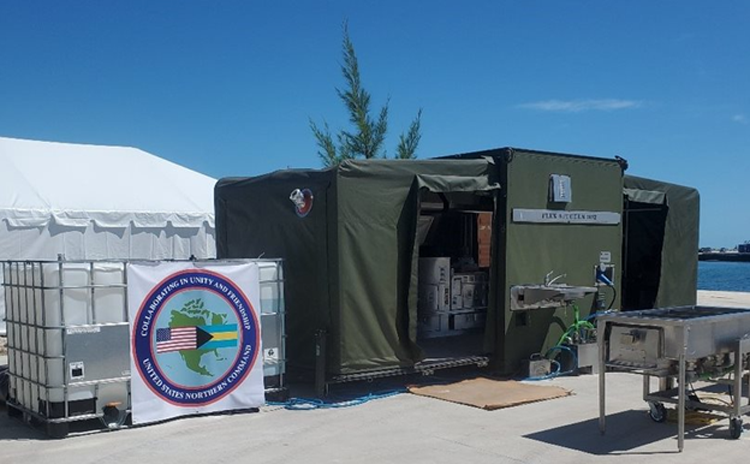 On behalf of the U.S. government, U.S. Northern Command (USNORTHCOM) recently delivered a third temporary kitchen unit to The Bahamas’ National Emergency Management Agency (NEMA), prior to the start of the 2022 Hurricane Season. The kitchen unit, which is intended for use by NEMA following a disaster, valued at nearly $260,000, will augment the temporary modular sheltering system donated to NEMA in September 2020.  USNORTHCOM facilitated the acquisition of the entire sheltering system, which can deploy to three distinct locations and has a total value over $3.5M.  In addition to the latest donated kitchen unit, USNORTHCOM is also collaborating with NEMA to update shelters across the archipelago and will deliver disaster response vehicles later this year.  In June 2022, USNORTHCOM and NEMA will conduct a whole-of-government exercise that tests the response to a catastrophic Category 5 Hurricane impacting the entirety of The Bahamas.

This latest donation strengthens the U.S.-Bahamas relationship, and reinforces our commitment to our Bahamian neighbors, who are partners in defending the Western Hemisphere and responding to disasters in our shared communities.