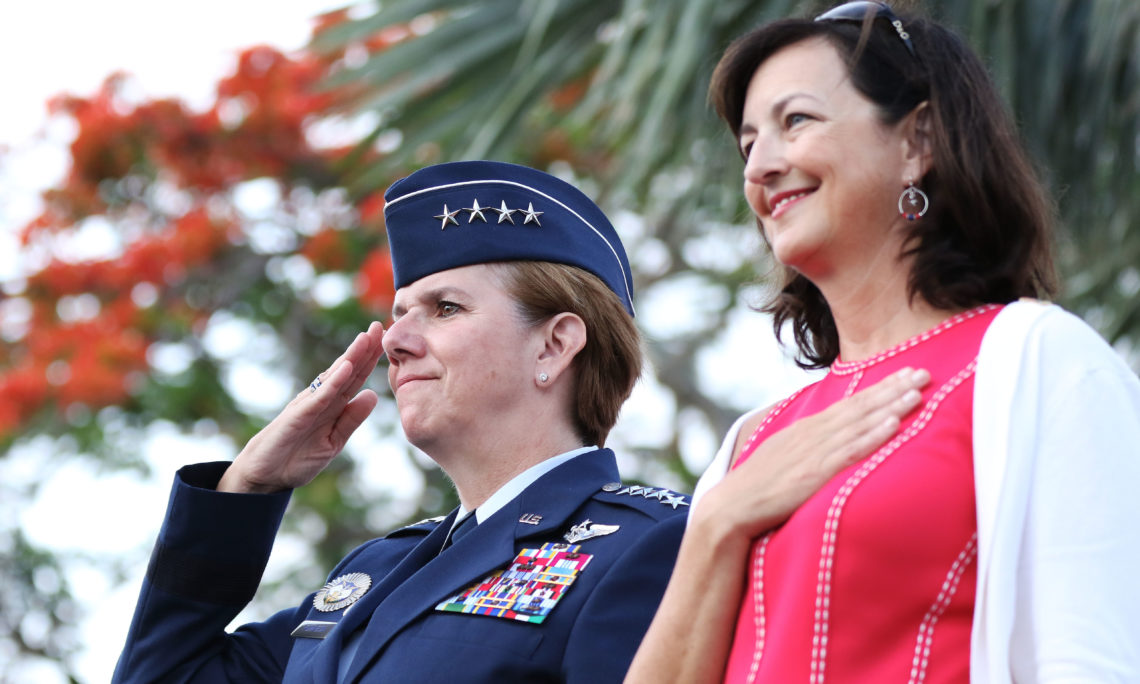 On Friday, June 30, the United States Embassy commemorated the 241st Anniversary of Independence of the United States of America by hosting a celebration at Liberty Overlook.  Once again, the event was held in partnership with the United States Northern Command (USNORTHCOM) and included more than 400 of the Embassy’s key contacts representing the government, the business community, civil society, media, and the arts. Among the senior U.S. and Bahamians on hand for the event, U.S. Chargé d’Affaires a.i. Lisa Johnson, General Lori Robinson, Commander of the North American Aerospace Defense Command and USNORTHCOM, the Governor General Her Excellency Dame Marguerite Pindling, and Prime Minister The Hon. Dr. Hubert Minnis.

This year’s event took on a vintage, retrospective theme. In her remarks, Chargé Johnson noted that the theme is a fitting one as over the past three years during her tenure she has developed a deep appreciation for everything that The Bahamas has to offer and lauded the great partnership shared between The Bahamas and the United States.  The Charge also highlighted The Bahamas’ democratic values as witnessed during the 2017 general election.

“Bahamians share that spirit of freedom, demonstrated during elections just a few weeks ago.  I witnessed first-hand Bahamians’ dedication to democracy and the example you set for the Caribbean and the world with a free, fair and participatory process – including a remarkable nearly 90% voter turnout.” Chargé Johnson added, “Your elections were a reminder that our two nations are united by a shared history, common values and a mutual commitment to democracy and human rights.”

The celebration included toasts by Chargé Johnson and the Governor General , the presentation of U.S. Colors by the U.S. Marine Corps Nassau Detachment, the official cutting of the ceremonial cake, entertainment by the Royal Bahamas Police Force Band and the traditional fireworks display.