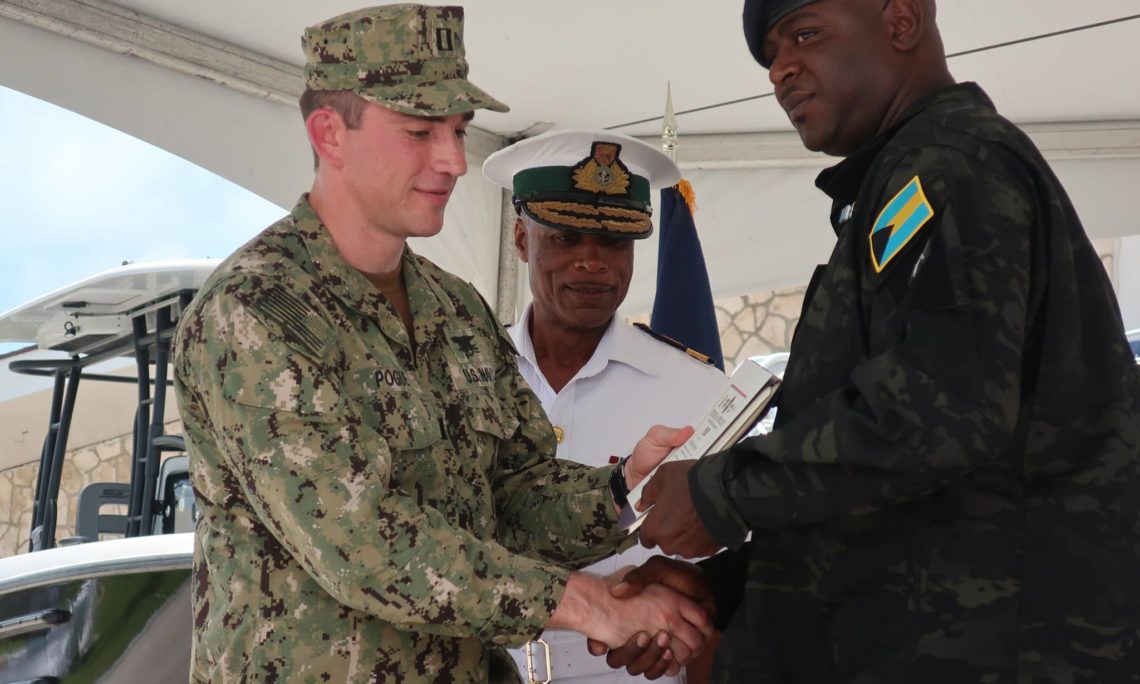 On May 30, US Charge d’Affaires Stephanie Bowers and Minister of National Security Marvin Dames attended the official closing of the Joint Combined Exchange Training (JCET) at the Royal Bahamas Defence Force (RBDF) base. Also on hand, RBDF Commodore Tellis Bethel and Col. Michael Doherty, Deputy Commander, Special Operation Command North (SOCNORTH), the special operations component of USNORTHCOM and representatives from Naval Special Warefare (NSW). The training is an annual event supported by the Office of Defense Cooperation and the RBDF as part of security cooperation efforts. The training was significant because it marked the first time in recent years the Royal Bahamas Police Force and Customs Department participated in significant numbers. The JCET was held in Nassau and Exuma from April 16-May 30, 2018. The first thirty days of training were spent at the RBDF headquarters at Coral Harbour followed by a 15-day multiple location events at the Hawk’s Nest facility on Exuma.