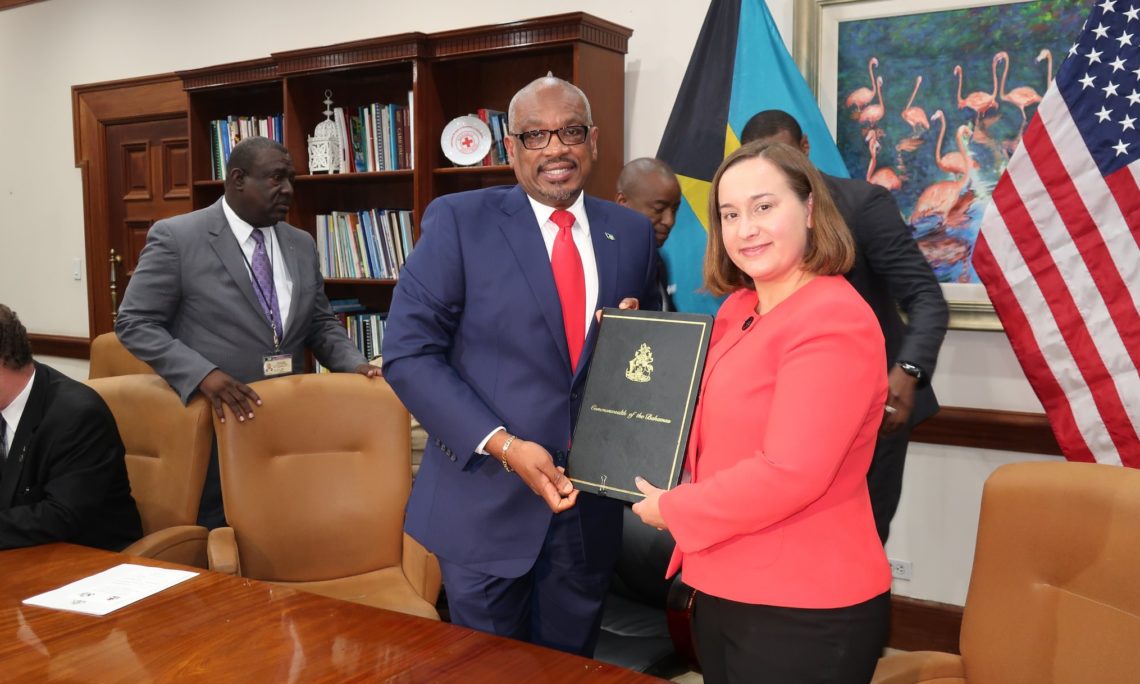 On August 8, during a signing ceremony at the Office of the Prime Minister, U.S. Charge d’Affaires Stephanie Bowers and Minister of Foreign Affairs Darren Henfield signed the eighth amendment to the Letter of Agreement on Narcotics Control and Law Enforcement.  In his remarks, Prime Minister Dr. Hubert Minnis said his administration remains resolute in its commitment to address corruption.  Charge Bowers stressed that the signing was an indication that the United States takes the issue as a serious one.  She added that as the United States increases border security, the U.S. must also have trust in the systems of its partners.  The funding supports law enforcement professionalization and anti-corruption reform.   Other Bahamian government officials in attendance included Attorney General Carl Bethel, Royal Bahamas Police Force Commissioner Anthony Ferguson and Royal Bahamas Defence Force Commodore Tellis Bethel.