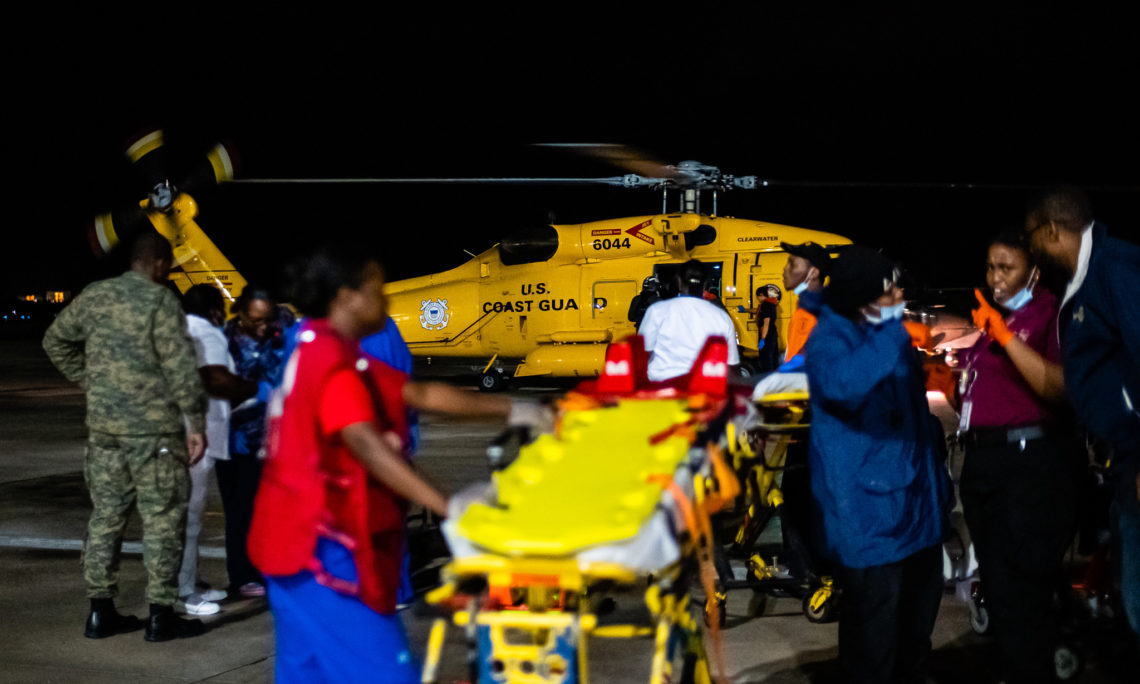 The U.S. Mission to The Bahamas is completely focused on assisting the victims of Hurricane Dorian. On September 3, U.S. Chargé d’Affaires Stephanie Bowers accompanied Prime Minister Hubert Minnis and Vice Admiral Scott Buschman of the U.S. Coast Guard (USCG) on the first overflight of some of the affected areas in Abaco.

In an update, Chargé d’Affaires Bowers said, “we are proud to stand hand in hand with our Bahamian friends and partners. Prime Minister Minnis and I saw firsthand the scope of the devastation wrought by Hurricane Dorian. We have one collective goal: to assist the victims of one of the strongest hurricanes ever recorded. Now is the time to come together and show what partnership means.”

The USCG continues search and rescue operations in the Northern Bahamas, now with support from Customs and Border Protection (CBP) as well. As of 8:00 pm on September 3, they successfully airlifted 42 people to Nassau, including three people from Freeport, and four U.S. citizens. This is in addition to the 19 people rescued on September 2.

Also on September 3, the Disaster Assistance Response Team (DART) from the U.S. Agency for International Development’s Office of Foreign Disaster Assistance (USAID/OFDA) arrived in Nassau to support The Bahamian government’s disaster response. The DART will assess damage, identify needs, and work with partners to provide critical assistance to those in need. The U.S. is cooperating with The Bahamas’ National Emergency Management Agency (NEMA), the Royal Bahamas Defence Force, the Royal Bahamas Police Force, and other international and non-governmental partners in a massive collaborative effort.