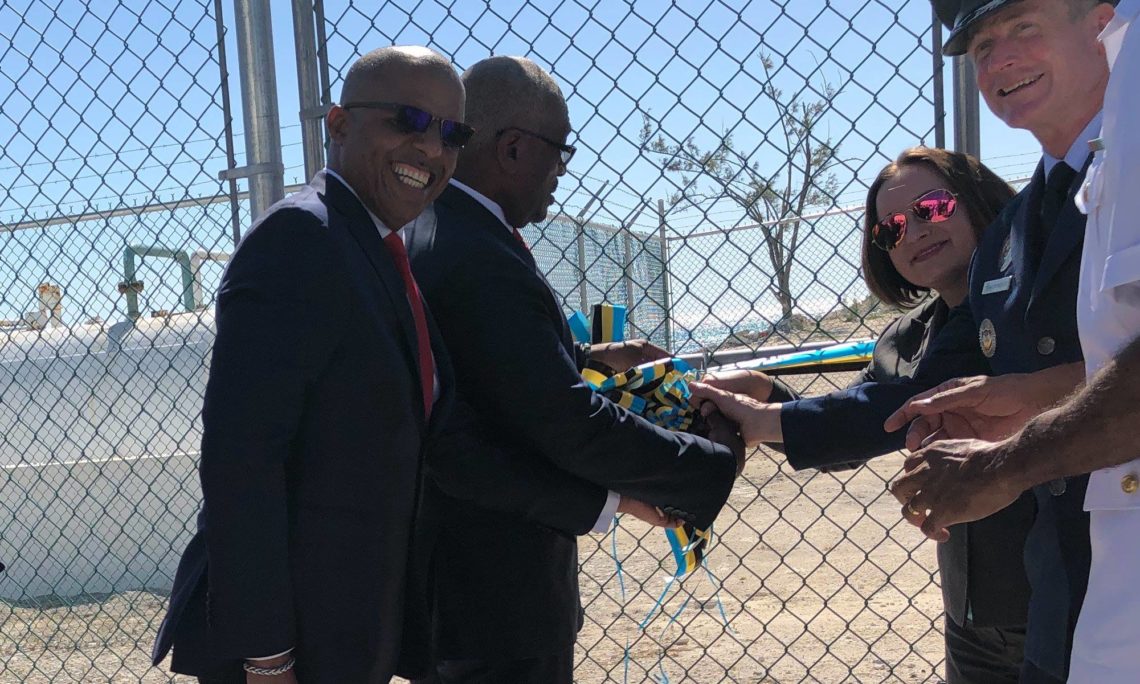 On April 17, U.S. and Bahamian government officials traveled to Matthew Town, Inagua for the commissioning of a $2M, state-of-the-art, Long-Range Coastal Radar System, made possible United States Northern Command (USNORTHCOM). Among those on hand for the ceremony, the Most Honourable Prime Minister, Dr.  Hubert Minnis; General O’Shaughnessy, Commander of the U.S. Northern Command; U.S. Chargé d’Affaires Stephanie Bowers; Minister of National Security Marvin Dames, and  a number of other cabinet ministers.

The U.S.-funded maritime surveillance system gives the Royal Bahama Defence Force (RBDF) the capability to track vessels transiting north into Bahamian territorial waters. The donation further solidifies the strong bilateral partnership between the Bahamas and the United States.  In her remarks, Chargé Bowers noted that it takes a joint effort by all security partners in our two countries to succeed against the criminal organizations operating between our countries.

“Our commitment to combating this shared threat has not waivered.  On the contrary, our commitment has only strengthened.  The two U.S. Coast Guard helicopters permanently stationed right here at the Great Inagua airport are just one part of the assets the United States has dedicated to this mission.  The targets detected by this radar system and shared with our joint OPBAT team will only increase our combined efforts to conduct successful operations.  I look forward, with great anticipation, to reports of increased interdictions by our combined U.S.-Bahamas team.”

General O’Shaughnessy, Commander of USNORTHCOM said the radars are tangible symbols of a deep commitment to improving security for both nations in the future and bring increased capability to the RBDF.

“We are building capacity, increasing resilience, and working side-by-side, ensuring the safety of the Bahamian people, the more than 40 thousand American permanent residents, and the more than 5 million Americans who visit the Bahamas each year.”

The Maritime Surveillance Radar is the first of several, with others planned for the RBDF Headquarters near Nassau, as well as one on Great Exuma Island.