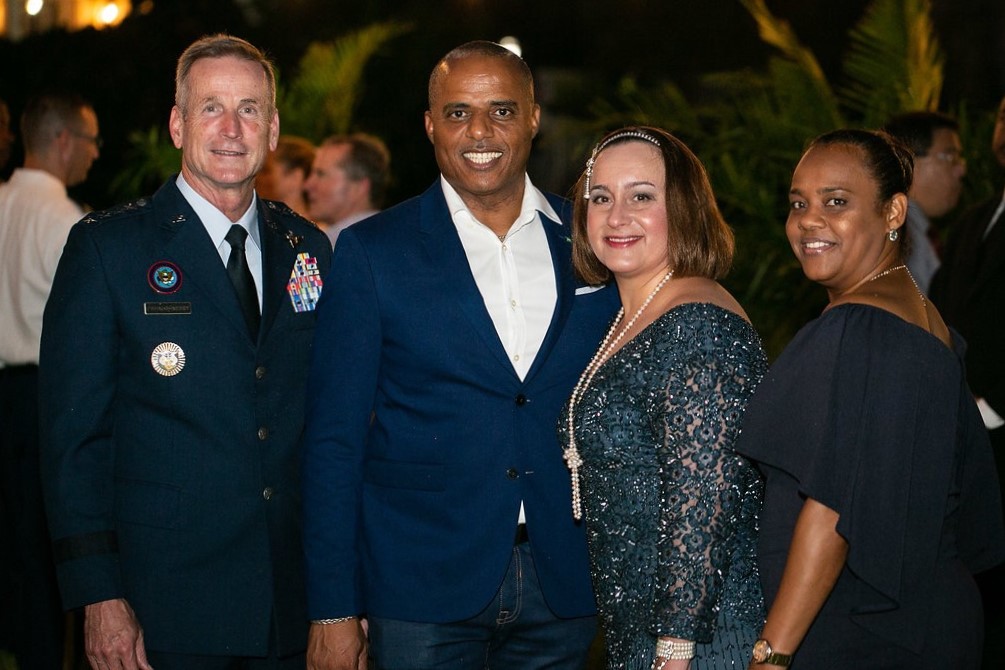 On Tuesday, July 3, 2018, U.S. Charge d’Affaires Stephanie Bowers hosted this year’s official Fourth of July celebrations at Liberty Overlook.  The event paid tribute to the decadence of the 1920’s era dubbed, the “Roaring Twenties” and “The Jazz Age,” when the American economy soared, bringing unprecedented levels of prosperity to the nation in the years following the end of World War I in 1918.

Governor General, Her Excellency Dame Marguerite Pindling, Acting Prime Minister and Minister of Finance, The Hon. Peter Turnquest and General Terrence O’Shaughnessy of the United States Northern Command (USNORTHCOM) attended the event.  During the evening, guests enjoyed the sounds of “The Jazz Cats” a local band that truly represents the strong bi-lateral connection and partnership between the United States and The Bahamas.  The band’s newest protégé Giveton Gelin currently studies at Julliard School of Music in New York.