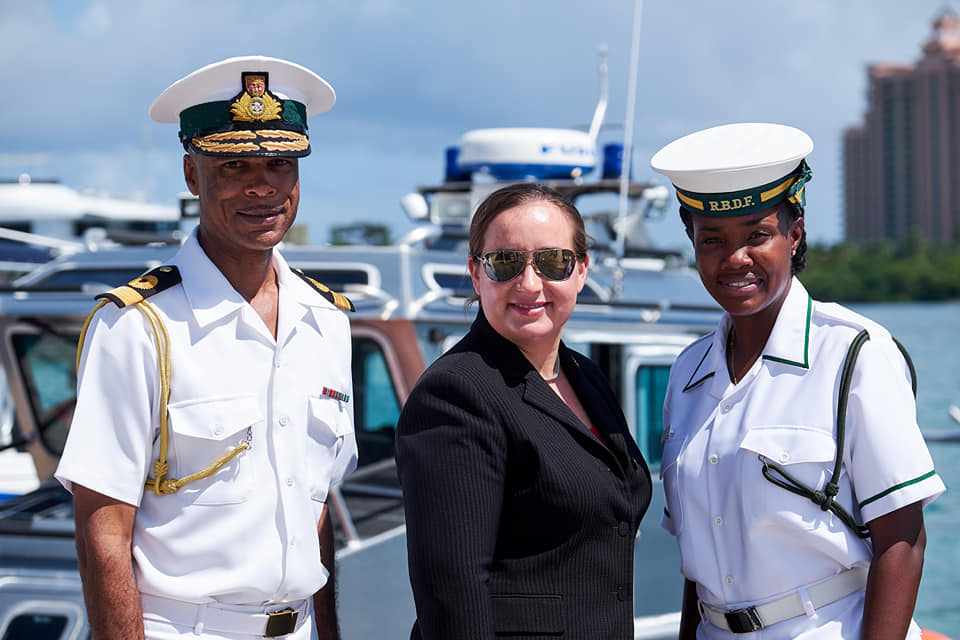 On August 14, U.S. Charge d’Affaires Stephanie Bowers and Minister of National Security Marvin Dames participated in the official handover of a 25’ SAFEBOAT patrol craft, a donation from the United States Government to the Government of The Bahamas to support the Royal Bahamas Defence Force (RBDF). Also on hand for the donation, RBDF Commodore Tellis Bethel and Cmdr. Kevin Self, from the Office of Defense Cooperation, U.S. Embassy Nassau and other senior law enforcement officials.

The donation included the patrol craft along with a F-350 truck, with trailer and spare parts. The vessel will be used to provide security patrols for the Nassau cruise ship terminal.