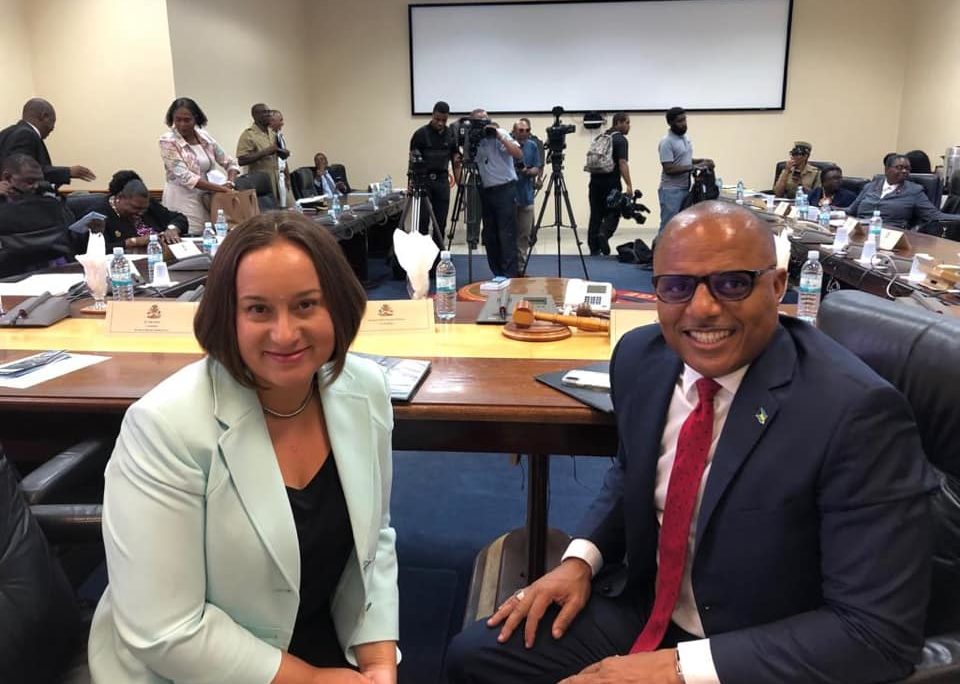 Good morning.  I am delighted to be here today to recognize the great work of The Bahamas’ Committee on Trafficking In Persons – commonly known as TIP.  We recognize the Committee’s tireless efforts which enabled The Bahamas to retain a Tier 1 placement in the U.S. Department of State’s annual TIP Report released last week.

Over the past year, the Committee worked diligently to address issues related to trafficking in persons.  I also want to congratulate all government and NGO members of the TIP Committee for their persistence in educating the public about this important issue.  In particular, I want to recognize the TIP Committee Co-Chairs Susanne Knowles and Adrian Strachan for their exemplary leadership and comprehensive reporting on TIP issues.

So what does a Tier 1 TIP placement mean?  It means the Bahamian government demonstrated strong political will and commitment to combatting human trafficking at the highest levels of government.  These efforts resulted in significantly strengthening anti-TIP efforts.  The government’s anti-trafficking mandate enabled members of the TIP committee to effectively lead the charge within their agencies and organizations to identify and investigate TIP cases, protect victims, and prosecute perpetrators.

The committee’s hard work went into the development of the 2019 – 2023 National Anti-Trafficking Strategy and TIP protocols.  They also focused their energies more broadly and traveled to Mexico and Colombia to collaborate with those governments and foster cooperation on a regional level.

We celebrate the great work accomplished by the committee and the government to remain at Tier 1; however, combatting trafficking in persons is endlessly challenging and the Department of State provided the following recommendations to the Bahamian government and civil society as a roadmap to strengthen their anti-trafficking efforts over the next year:

I have no doubt that the TIP Committee will take action on these recommendations over the course of the next year.  Minister Dames, I also want to commend your leadership in supporting the TIP Committee, including by securing the resources necessary to protect victims of trafficking.  Your personal engagement highlights the importance the Bahamian government places on this issue.

Once again, congratulations.  The U.S. Embassy looks forward to your sustained success and know we will work with you side by side to combat human trafficking.