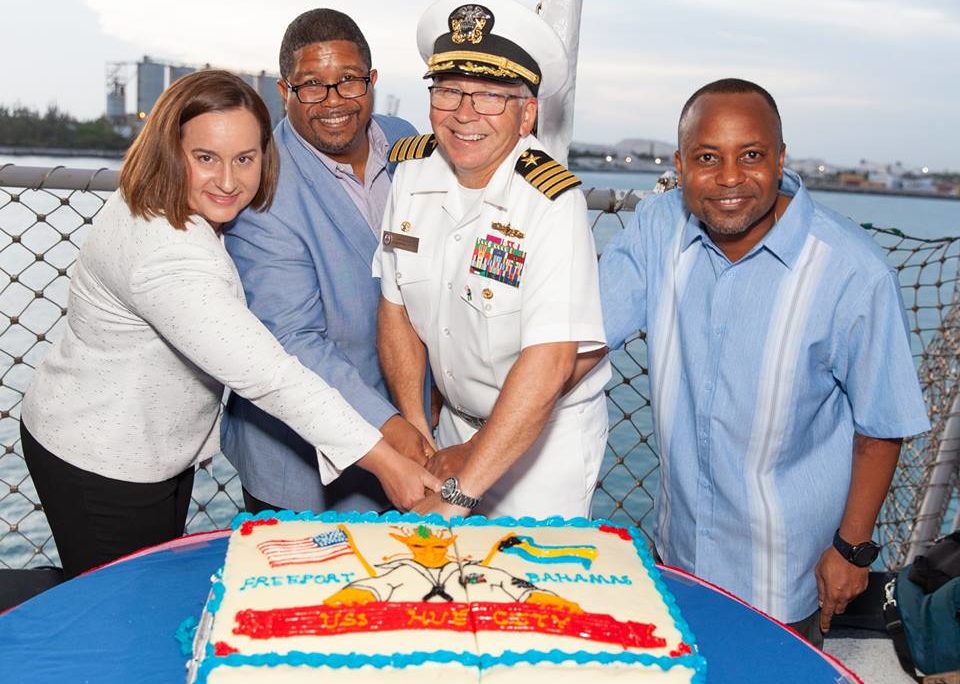 Ladies and gentlemen, good evening.  It is an honor to be aboard the USS HUE CITY with all of you here this evening.

Tonight I give my sincere thanks to Captain Jake Douglas for hosting us on the HUE CITY.  His distinguished career spans 34 years.  He has served onboard seven Navy vessels — twice as the commanding officer.  While in command of the HUE CITY, Captain Douglas has overseen numerous Atlantic Fleet operational and training missions, including firing more than 251 explosive rounds as Naval Gunfire Support for NATO exercise BURMESE CHASE.

Indeed, since its commissioning on September 14, 1991, the HUE CITY has served in numerous operations, including enforcing the “No-Fly Zone” over Bosnia-Herzegovina and the U.N.-sanctioned arms embargo in 1994; Operation Southern Watch in the Arabian Gulf in 2000; Operation Iraqi and Enduring Freedom in 2002, 2003, and 2006; and anti-piracy operations in the Gulf of Aden in 2010, just to name a few.  During her most recent deployment in 2017, HUE CITY supported operations and exercises in the Baltic, Black, Mediterranean, and Arabian Seas, including support of Operation Inherent Resolve.

We are delighted to welcome the HUE CITY to Freeport.  While in port, her crew continued a long-standing U.S. Navy tradition of giving back to the communities they visit.  Today, men and women from the ship went to the Beacon School where they read and played sports with the students.

Of course, the United States’ relationship with The Bahamas runs deeper than ship port calls and the over 5,000,000 American tourists who visit each year.  We also share a deep and abiding commitment to fighting the common threats posed by transnational criminal organizations and terrorist networks.  This is immediately evident in the longstanding relationship between the U.S. military and the Royal Bahamas Defence Force.

For example, The Bahamas recently hosted TRADEWINDS 2018, a multilateral military exercise which showcased both the beauty of The Bahamas and the professionalism of Bahamian forces to the 22 participating countries.  Bilaterally, our cooperation extends far beyond exercises.  Through our joint operations, the United States and the RBDF stand together to keep the citizens of both our countries safe.  The United States remains committed to strengthening that partnership, and will continue providing training and equipment to ensure the RBDF has what it needs to protect Bahamian territory and our shared maritime border.

Our partnership is unwavering.  And together, we will continue to advance mutual interests, including the protection of both our peoples.

Please join me in thanking Captain Douglas and the women and men of the USS HUE CITY for their hospitality tonight and the opportunity to celebrate the enduring partnership between the United States of America and the Commonwealth of The Bahamas.