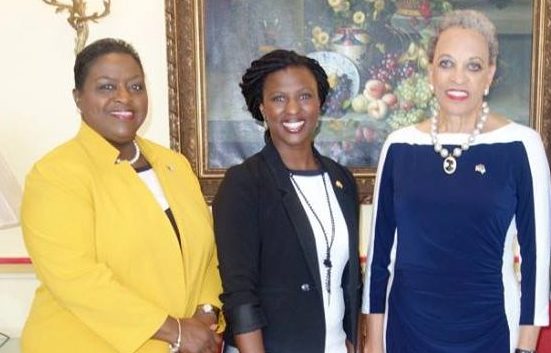 Dr. Cole’s visit also included an informative presentation on the “Power of African Art” hosted by Bahamian artist Antonius Roberts at the Hillside House Art Studio.  Dr. Cole also visited Akhepran International Academy for a special assembly with the student body.  On Saturday, March 6th, the visit concluded with “Coffee and Conversations” an informal discussion on gender equality and women’s rights at the Ambassador’s Residence with representatives from local non-profit organizations, sororities and fraternities.

Dr. Cole, a distinguished educator and humanitarian, was appointed the Director of the Smithsonian National Museum of African Art in March 2009.  Dr. Cole also served as the president of Spelman College and Bennett College for Women.  She is the only person to have served as president of these two historically black colleges for women.