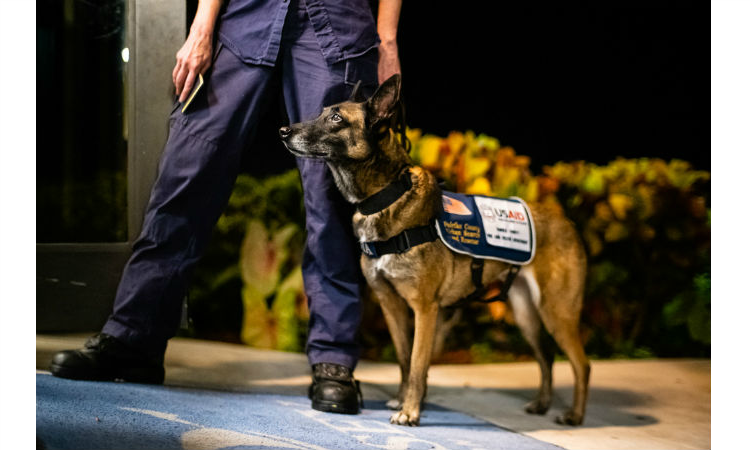 The United States government remains completely dedicated to search, rescue, recovery, and relief efforts as The Bahamas grapples with the devastation caused by Hurricane Dorian.

In the early hours of September 5, U.S. Chargé d’Affaires Stephanie Bowers greeted 57 members of the Virginia Task Force 1 Urban Search and Rescue team upon their arrival at the Odyssey Aviation Bahamas terminal in New Providence.  The team will join members of the U.S. Office of Foreign Disaster Assistance (OFDA) and Bahamian partners helping people in Grand Bahama and Abaco affected by Hurricane Dorian.  The Task Force is attached to the Fairfax County Fire and Rescue Department, bringing 57 people and 4 canine units.

A plane-load of relief supplies from USAID also touched down at Odyssey Aviation on September 4 to help those affected by Hurricane Dorian.  The National Emergency Management Agency (NEMA) and OFDA will work together to distribute enough supplies to help 31,500 people.  The supplies include: 600 hygiene kits to prevent disease; 2,400 buckets and containers for safe drinking water; 450 rolls of plastic sheeting to provide shelter and four chainsaws to remove debris.

As of September 5 at 9:00 am, the U.S. Coast Guard has rescued a total of 135 people and six pets in The Bahamas since Hurricane Dorian began.  The U.S. Coast Guard is conducting air operations based out of Andros Island using seven MH-60 Jayhawk helicopters and three MH-65 Dolphin helicopters.  In addition to helicopters, several Coast Guard cutters conducted assessments throughout Grand Bahama.