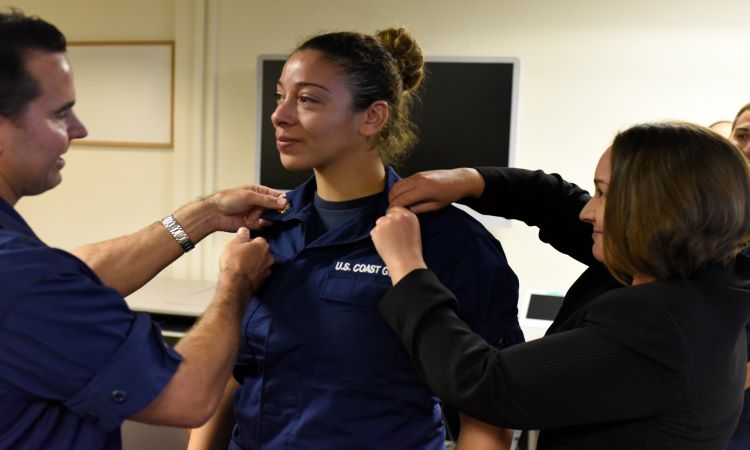 Ford, a storekeeper stationed at OPBAT, is a mission support expert who was instrumental in facilitating the whole-of-Coast Guard response during Hurricane Dorian.  At the center of the Coast Guard’s Hurricane Dorian response in The Bahamas, Ford played a vital role coordinating logistics and triage for helicopter crews responding in the storm’s wake. Ford was described as the “connective tissue” between OPBAT Bahamas, the aircrews and Bahamian authorities. She went above and beyond all expectations enabling the rescue of hundreds and impacting many more lives.

Dorian struck as the strongest category five hurricane on record to make landfall in the Commonwealth of The Bahamas. More than 900 Coast Guardsmen, nine cutters, and 32 aircraft mobilized to deliver desperately needed aid and assistance. This resulted in 198 sorties to answer 1,388 search and rescue calls, ultimately saving or assisting the lives of 457 people.