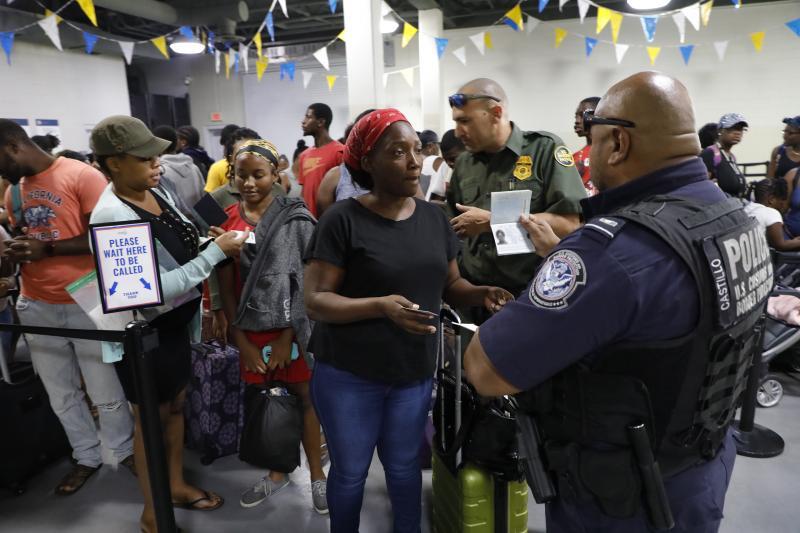 MIAMI – Conditions on Abaco and Grand Bahama Island remain difficult and human nature draws us to want to help, including in evacuation efforts, such as the story of the nearly 1,500 Hurricane Dorian survivors who arrived at the Port of Palm Beach, Fla., aboard a cruise ship Saturday.

The Bahamas Paradise Cruise Line coordinated their evacuation mission with U.S. and Bahamian government officials before departing The Bahamas, and coordinated with U. S. Customs and Border Protection (CBP) prior to the arrival of the C/S Grand Celebration. All of the evacuees possessed valid travel documents.

CBP strongly encourages private vessel and aircraft operators to coordinate any evacuation missions with Bahamian authorities before evacuating anyone from The Bahamas.

Additionally, CBP reminds private vessel and aircraft operators, and Bahamians affected by Hurricane Dorian, that everyone who arrives to the United States from another country must present themselves to a CBP officer for inspection at an official CBP Port of Entry. All persons must possess valid identity and travel documents. Read Bahamians document requirements for admission to the United States.

U.S. Embassy Nassau is open for emergency visa appointments. Detailed information on all requirements and processes, as well as a Step-by-Step guide to visa applications for Bahamians, can be found at https://bs.usembassy.gov/visas/nonimmigrant-visas.

It is vitally important for accountability that Bahamian residents and other foreign visitors from the Bahamas present themselves at a CBP Port of Entry upon arrival to the United States. CBP can then report the admission to Bahamian authorities, who continue to search for missing residents on the devastated islands of Abaco and Grand Bahama.