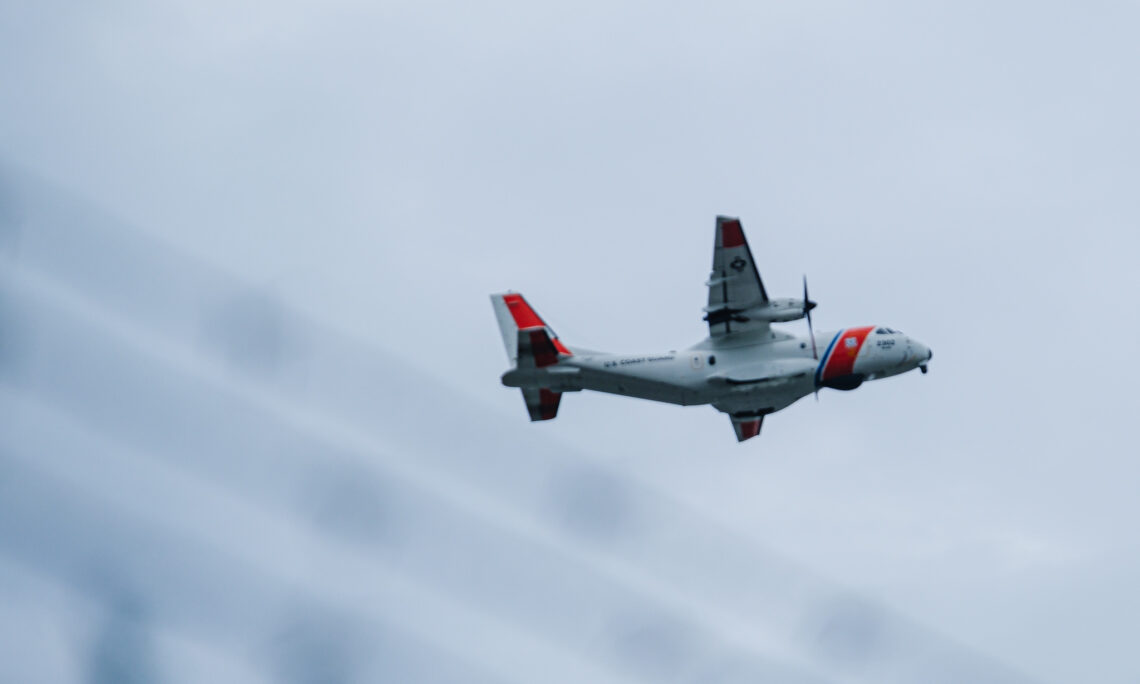 A U.S. Coast Guard HC-144 Ocean Sentry takes off from Odyssey Aviation in Nassau, The Bahamas, on the way to an overflight of areas affected by Hurricane Isaias | August 2, 2020

Less than 24 hours after Hurricane Isaias passed over The Bahamas, the United States provided aircraft support so that Prime Minister the Most Honorable Dr. Hubert Minnis could assess the damage, and the humanitarian needs of those in the storm’s wake.

As Hurricane Isaias was still roaring over The Bahamas on August 1, the U.S. Embassy was putting in place a plan to provide a U.S. Coast Guard HC-144 Ocean Sentry so that the Prime Minister could fly over affected areas to assess the damage from the storm. Based out of Air Station Miami, the overflight went over Andros and the Berry Islands, before returning to New Providence due to prevailing weather conditions.

In the coming weeks the United States will continue to work with Bahamian partners at every level of government to strengthen disaster response in The Bahamas. Before Isaias struck, the U.S. Agency for International Development (USAID) activated a team of 11 Bahamas-based disaster experts to liaise with NEMA and humanitarian partners, and to help assess impacts and humanitarian needs, if required.

Long before Isaias had formed in the eastern Caribbean, the United States works year-round to reduce the risk—and impact—of disasters in the Caribbean. The USAID Bureau of Humanitarian Assistance has provided training to NEMA staff and other national and local emergency responders in The Bahamas, including courses on disaster risk reduction, school safety, shelter management, risk program management, and damage assessment and needs analysis. NEMA staff are now certified to teach the courses to others first responders, ensuring the wide implementation of the information and protocols across The Bahamas, thereby strengthening the entire countries ability to respond to a disaster.