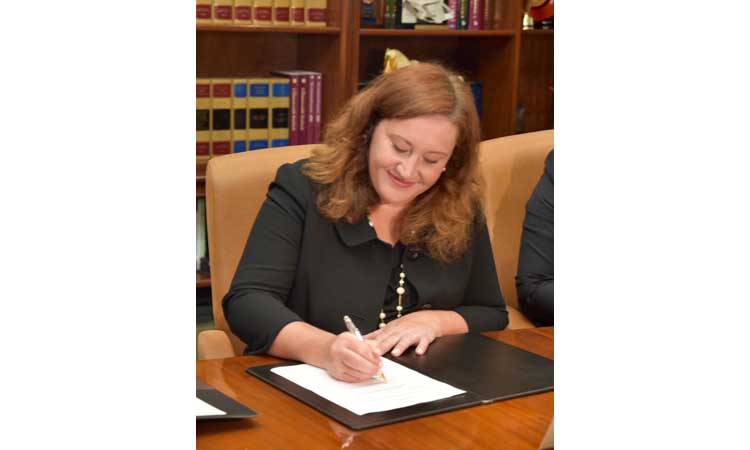 I am delighted to be here in the Bahamas, which is an important friend and partner to the United States.

Education is at the root of all of our relationships, in science, business, and political life.

And last year, about 2,100 Bahamian students studied in the United States, making it the second largest sender of international students to our country from the Caribbean region.

We are eager to see that number increase even more.  I encourage you to visit EducationUSA.state.gov to find more resources to support students interested in studying in the United States.

Towards that goal of encouraging more students to pursue study in the United States, the Minister and I have signed a Memorandum of Understanding to encourage more exchange between our two countries.

It’s not every day a government official gets to deliver really good news.

I am excited to announce as part of our agreement that we will re-open the Fulbright Program to students from The Bahamas.

The Fulbright Scholarship Program is the flagship international exchange program of the United States government, carrying worldwide recognition and prestige.

Senator Fulbright and the U.S. Congress established the program in 1946 to promote mutual understanding between the people of the United States and other countries.

It is based on the idea that developing personal and professional ties between Americans and citizens of other nations is the best way to foster a safer and more peaceful world.

Americans have been coming to The Bahamas under the Fulbright program since the program resumed in 2015, and I am very pleased to again welcome your students to the United States as Fulbrighters.

When you receive a Fulbright award, you join a network of influencers and world changers.  The Fulbright family includes 400,000 alumni around the world in every field, including 37 heads of state and government, 59 Nobel Prize winners, 72 MacArthur Fellows, and 86 Pulitzer Prize winners.

For example, Dr. Rhonda Chipman-Johnson was a Fulbrighter, who earned her PhD in Foreign Language Teacher Education at Purdue University in Indiana in 1991.

Dr. Brendamae Cleare is another distinguished alumna of the Fulbright program.  In 1992, she was a Fulbrighter pursuing her Doctorate in Mathematics Education at the University of Tennessee, Knoxville.

She went on to become a Professor of Mathematics at the College of The Bahamas, as well as the Vice President of Academic Affairs and the Dean of Pure and Applied Sciences.

Now, Dr. Cleare serves as the President of the Lowell J. Mortimer Maritime Academy, which aims to be the leading maritime training institution in the region, producing outstanding and exceptional sailors and industry leaders.

Finally, we are also honored that Her Excellency Dame Ivy Dumont is part of our Fulbright family.

She was a Fulbright Teacher in the International Teacher Development Program in the United States in 1962, and she ultimately became the first woman to hold the office of Governor General of the Bahamas from 2002 to 2005.

I am so thrilled that once again, Bahamian students will be counted among the many renowned and influential Fulbright leaders.